Back to Vox Critica

people in different fields were repeatedly consulted. Deliberately, no opinion poll was conducted; popularity, mass appeal and charisma were not the criteria. Only solid achievement, and the potential for still more, were. To finalise our list of artists, painters, writers and theatre people we spoke to nearly 50 experts. They include: Harish Trivedi, head of the English department of Delhi University; Devendra Raj Ankur, director of the National School of Drama; Jayant Kastuar, secretary, Sangeet Natak Akademi; art and music critics like Shanta Serbjeet Singh and Prakash Vadhera; leading painters Rameshwar Broota and Aparna Caur; dancers Shovana Narayan Traxi and Sharon Lowell; and veteran theatre people Vijay Tendulkar and Feroze Khan. Similarly, for our list of scientists, nearly 20 leading figures were consulted including Dr. R. A. Mashelkar, director - general, Council of Scientific and Industrial Research; Dr. S. K. Joshi, former director - general of CSIR; Dr. V. L. Chopra, director, National Academy of Agricultural Sciences; Dr. G. P. Talwar, founder of the Indian Institute of Immunology; and Dr. H. K. Gupta, secretary of ocean development. In every category, however, the final choice rested with the editor. Prediction, as both astrologers and psephologists know to their peril, is a hazardous business. But we will stick our necks out and affirm that these are the stars who will shine the brightest in the coming decade.'

Writer as a human being

'Neelum Saran Gour missed out on a fellowship at Kent University in 1993 because she couldn't find a fax machine in all Allahabad to send a message confirming her acceptance. However, she was awarded the same fellowship the following year. No doubt the Internet, penetrating the hinterland, has since rendered fax machines redundant. But even today, as Neelum's case shows, the Indian writer in English who chooses to live away from the metropolis places herself at a great disadvantage. She has published two novels and two collections of short stories in the last 10 years, all of which have been critically acclaimed. Yet she is hardly known outside a small circle. Only her last novel, Virtual Realities, is available in bookshops; the rest are out of print. "I' ve never had a book launch, never received a large advance, never got media attention", Neelum admits. She is not even locally known. "Allahabad was once a Mecca for Hindi writers, and had quite a few aspiring writers in English, too", she says. "Today, virtually all of them have left". Paradoxically, critics insist that it is her very small - town existence which brings an authentic flavour to her writing. "Many writers in English have produced one good book and faded away, but Neelum has stuck to her vocation despite little encouragement", says Harish Trivedi, Head of the English department at Delhi University. "She is rooted in her environment, and yet cosmopolitan as well". Neelum says she first began writing at age six. "It was to keep myself company", she recalls. In her teenage years she turned to verse, until she "got sick of it, and gave it up for ever". After completing her MA (a doctorate on writer Raja Rao followed), she began teaching English at Allahabad University, where she is still employed. Her foray into serious writing began in 1980, when, immediately after her marriage to insurance executive Sudhanshu Gour, she followed him to Kolkata where he was posted. "I was on long leave from the university and had little to do, "she says, "so I began writing short stories and sending them to magazines". It was one of these stories which caught the attention of Penguin India chief David Davidar, and he commissioned Neelum to do a book of short stories. Thus emerged Grey Pigeon and Other Stories in 1993, in which she tried "to capture the rhythm and spirit of spoken Bangla". Back in her home town, she wrote her first novel, Speaking of ' 62, which talked about the India - China war and its impact on Allahabad. Since then she has published Winter Companions and Other Stories and Virtual Realities, a probe into the lives of writers. In her personal life, Neelum says, she has striven to be different. Their home, said husband Sudhanshu, is "practically a dog hospital", as she keeps taking in and looking after strays who are ill or injured. If she doesn't have a foreign publisher yet, it is possibly because she couldn't spare the time to search for one. "I always had lots of responsibilities, apart from my job and my writing", she says. "I never had time for the single - minded effort that self - marketing demands".' 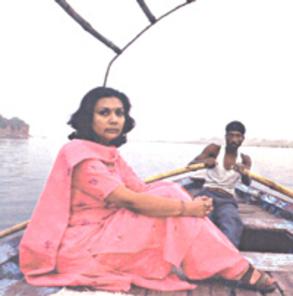 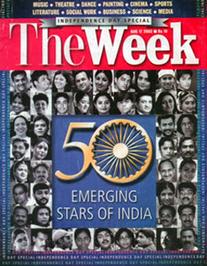 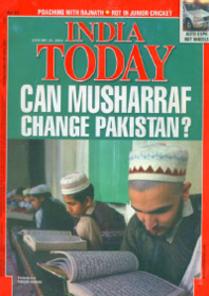 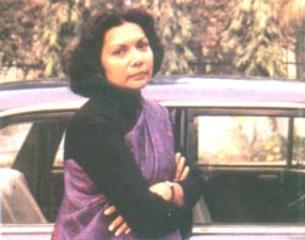 'FROM ITS READY SUPPLY OF PARADOXES, LIFE has bestowed a sublime handful on Neelum Saran Gour. She is an author who will not "arrange her life around her writing" or work to a fixed schedule, but in a prolific spell has penned four novels within a decade. She is much like an amorphous thought defying the captivity of words, yet strings together an effortless prose replete with striking syntax.

In Virtual Realities (Penguin), her new novel, she stalks the capricious Muse trying to resolve the mystery of Writing, yet resolutely goes on to demystify it by claiming. "The idea comes as a gift, it grows of its own volition". Then, of course, there's the title itself: Virtual Realities. It's an endless exercise, this inventory of paradoxes, but for Gour, 46, her latest work is simply an exploration of the process of writing - about its compulsions, its politics and ethics, about imagination and expression, "creational realities" so to say. For a women enamoured of "psychology and conciousness", it seems natural for her to also probe the eerie connection between real and imagined events. Yet, Gour manages to steer clear of abstraction, grounding the novel in the reality of her protagonists' lives, their conflicts, fears and motives, all encased in a "cranky, bouncy, informal" language.

This last comes as a surprise. After 23 years of teaching English at the Allahabad University you'd expect some of the unwavering, pedantic routine to seep into her writing, but all you get are bouts of trenchant wit, a pacy, distinctive style, It was perhaps this style that saw her ensconced as writer - in - residence at the University of Kent, UK, on the Charles Wallace scholarship in 1994.Here she wrote her third novel, Winter Companions, a collection of short stories. Barring this trip aboard it has been a lifetime of Allahabad for Gour, who has savvily lapped up the "small - town" tag to turn it into a trademark - she defiantly brandishes her mofussil breeding in all her works. Typical of the woman who will review books with as great a flourish as harbour stray dogs. A writer? That seems incidental. But uncomprisingly essential. Paradoxical, did you say...

It is celebration time. On the 56th anniversary of Independence, The Week turns the spotlight on 50 exceptional young men and women. Almost all of them are under 45 - most are below 40 - and they have all shown enormous promise in their chosen fields. In the arts, in the sciences, in sports, in the corporate world, in the voluntary sector, they have not only made a mark but also revealed a potential for still bigger achievement in the future. Strangely, most of them are not widely known. Our idea is to introduce them to a bigger audience. Preoccupied with the mud, we in the media often fail to pay sufficient attention to the stars. There is plenty of muck around, there always has been: communalism, casteism, political chicanery, corruption, exploitation and injustice. It is entirely fitting that we dwell on these, for only repeated exposure of the rot within our society sometimes stirs dull consciences and leads to reform. But they are not the complete story. Even the few stars the media does notice are often not the ones which shine brightest, but those bathed in hype. Recognition in India - except in the case of successful cricketers and movie stars - comes late or not at all. On the one hand, much is made of the page three types, most of whom are only famous for being famous. On the other, brilliant men and women making headway with intractable scientific problems, or engaged in monumental artistic endeavours remain unknown outside their own restricted circles. This is an effort to redress the balance. Our focus is not the brightest stars in different fields but on the ones on their way to greatness. The names were arrived at through a rigorous process of selection, in which top