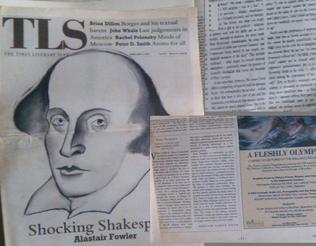 Back to Vox Critica

'Neelum Saran Gour... plays several games simultaneously – introducing people like Mr. Copperfield and Mr. Nickleby as clients of Sherlock Holmes in whose household Jeeves has recently been employed as a butler. Her three interconnected episodes are located in England and are narrated in a hilarious mock-Victorian style. The author seems to be enjoying herself hugely while playing this sustained joke on the English language and on three icons of British culture... Neelum Saran Gour’s book is a literary tour de force to be enjoyed by those who are generally familiar with the works of Conan Doyle, Dickens and Wodehouse, although only a passionate addict of all the three writers will probably catch all the embedded intertextual references. Gour is a fairly well-known writer who has so far written two excellent volumes of short stories and three novels (all brought out by Penguin), but the present book... targets a niche audience with a taste for literary games and a penchant for subversive play with style.'

'And what is this book? The back cover labels it a ‘thriller’, the kind of novel which might result if Dickens, Conan Doyle and P.G.Wodehouse had put their heads together to have some fun. Author Gour has set out to produce ‘a book of literary fun, adventure and laughter.’

What Dickensian would not pause to taste of this literary singularity? Is this jeu d’esprit spirited and inviting enough to play? Yes, uniquely so. Dickensians, I believe, will find it an amusing and lively send-up, ingeniously if rather quirkily plotted, and written by a talented novelist immersed in the work of her three principal sources. Primarily for this reader it is a linguistic delight rich not only with the special language of Dickens, Doyle and Wodehouse but also studded throughout with obiter dicta drawn wittily from Shakespeare, Keats, Spenser, Pope, and Dr. Johnson...Gour appears alert to her characters’ prolixity.With her we want to get to the verbal highjinks which so much delight us.'

'Now here’s a bold book that attempts to bring together in its leaves three literary giants whose writings belong to three entirely different genres. No mean task this, considering also that the gentlemen were not contemporaries, despite being very nearly so.... Bringing these three literary giants together, therefore, and knitting their immortal characters into the fabric of a singular story is a Herculean task. Add to that the chore of replicating their respective language, both Victorian converse and contemporary, somber and comic, lucid and mystifying, and what you have is a sure-fire formula for trouble. But not so for Neelum Saran Gour who accomplishes the endeavour with the proficiency of a seasoned writer.'